The Story of Stein 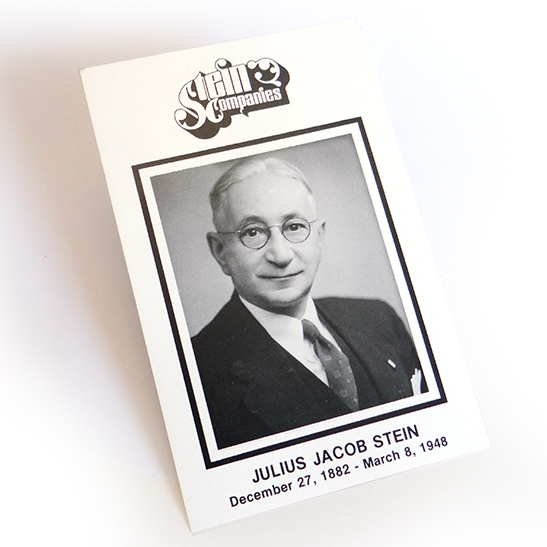 How long have Stein Ad Promos been selling promotional products? A long, long time. Gather 'round, children, as we tell you the story of Stein. It begins with Julius J. Stein, who emigrated from Germany in the late 1930s. He'd owned and run a cardboard factory back home and wasn't finding work suited to his talents here in Fort Wayne. His entrepreneurial spirit led him to start selling imprinted yardsticks and pencils up and down the street to local businesses, where Stein Advertising (as it was then known) was born.

n 1948 Curt Stein, or as his kids called him, Mr. Stein, was working a sales territory for a national costume jewelry company selling to department stores.  When his father Julius died unexpectedly, Curt thought that taking over his father’s fledgling company might be his only opportunity to work for himself.  His favorite story about how his long hours and hard work paid off was about him sitting in his office on New Year’s Eve in 1948 at almost 5 pm and wondering why he was there instead of heading home when the phone rang. (If memory serves, he always claimed it was 4:51 pm.) He answered the phone and that was his first of many sales to Lincoln National, a relationship that lasted until his death in 1980. 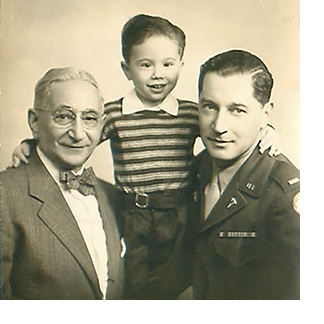 In the 50’s Curt often took his son John to his office on Saturdays to open the mail before heading to the YMCA for swimming & ping pong and then to lunch. What does an 8-year-old do while Dad works? Well, he goes through the boxes of samples filled with pocket knives and pens and pencils, all imprinted with the sample message “your imprint here in 3 lines.”   Of course, that was on the samples, same as at home where the coffee measure and the wall calendar and the scratch pads all said the same thing. When he graduated from college in 1964, he knew that specialty advertising ran through his veins and that he was destined to become part of the Stein Advertising “Your Imprint Here” Dynasty. Years of thinking up many more catchy slogans have come and gone but it’s still hard to beat that classic. 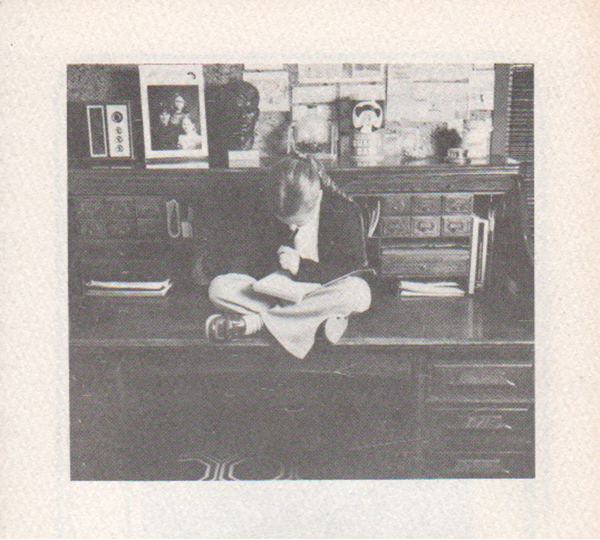 And then came Wendy.

And that's exactly what she did. Wendy never understood why some kids in school had pencils with no imprint on them. So after graduating from college, Wendy returned to Fort Wayne to join her dad, John, as the fourth generation of Steins. Because of Wendy's heroic humanitarian effort, most children now have access to branded pencils. And the world is forever changed.

When it comes to imprinting promotional products, the type of artwork files accepted will vary depending on the product(s) ordered. Vectorized artwork is always recommended for optimal printing. Make sure to convert all text to outlines/paths prior to sending us your artwork files. For certain products, rasterized artwork may be accepted as well. The resolution for rasterized artwork should be set at 300 dpi or higher. How to get us your artwork. You can upload your artwork when placing an order on our website. You can also upload your artwork files using the form to the right. And of course, you can always email it to us at hello@steinadpromos.com. If you have any questions, or need assistance with your art, we are here to help — we know some of this sounds like a foreign language! Also, we put together a nifty handout that helps spell out what exactly is and is not artwork. Click the link below to check it out.